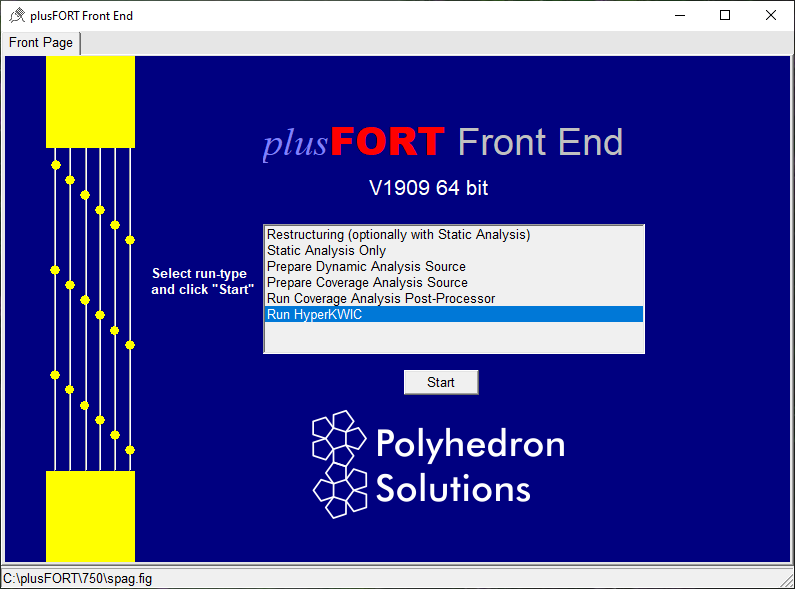 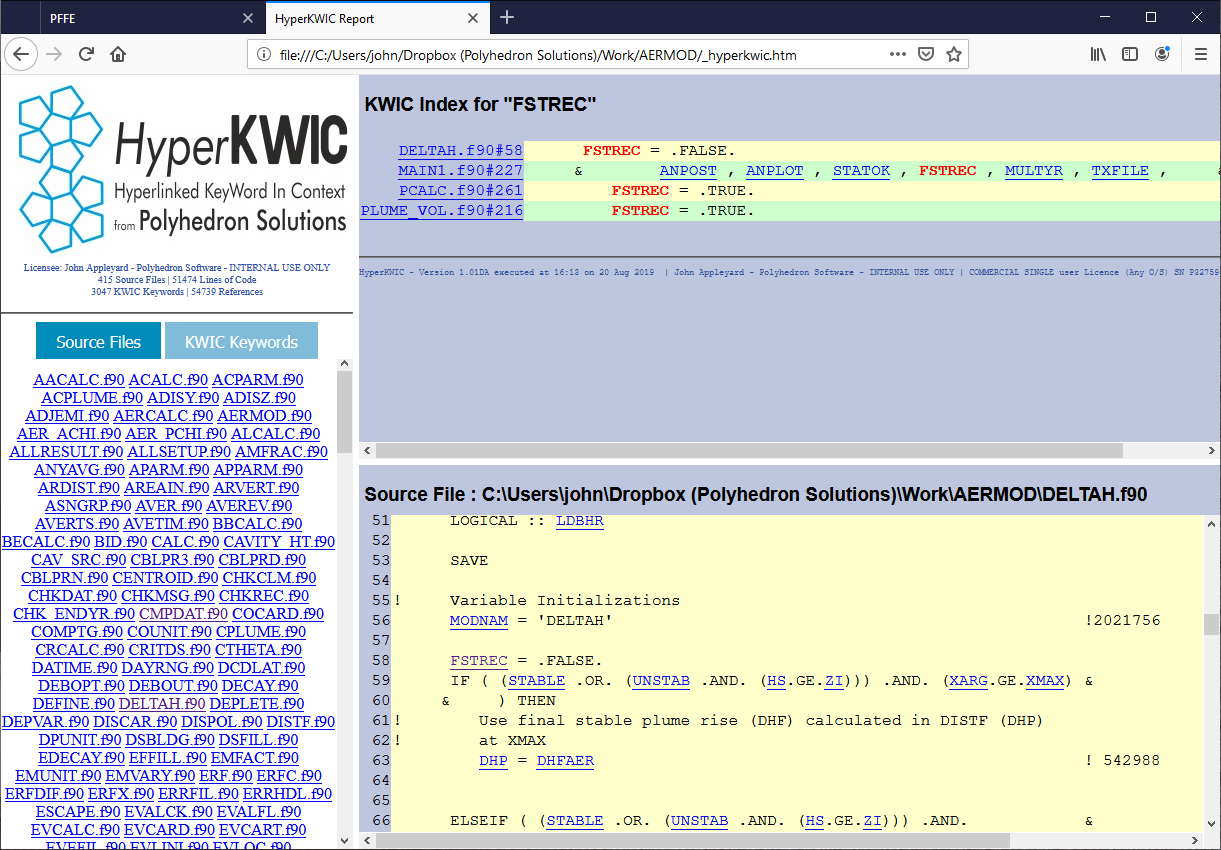 Version 7.25 is the first fully 64 bit version of plusFORT,  and in consequence, only 64 bit  versions of Windows, Linux and MacOS are supported.  In addition, PFFE, the plusFORT graphical user interface has been substantially upgraded, and now supports context sensitive help for all configuration options.   Other fixes and enhancements are listed below.

Another big update which introduces a completely new tool to the plusFORT suite.

HyperKWIC is a tool for generating software documentation that combines the instant connectivity of hypertext with the analytical strengths of KeyWord In Context. It produces HTML documents that provide a fully interactive alternative to traditional documentation. HyperKWIC may be used to document source code written in Fortran, C, C++, Delphi or any other mainstream language.

You can interact with sample HyperKWIC reports for large Fortran and C programs by clicking here and here. HyperKWIC reports can be viewed on any system with a reasonably capable web browser, including tablets and smart-phones. 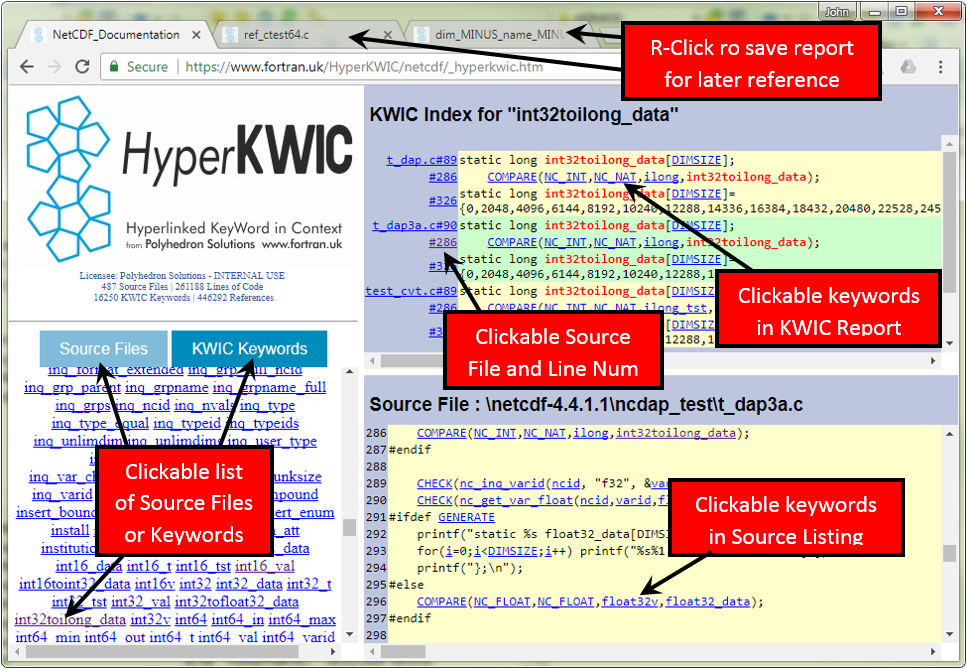 In addition Version 7.20 brings numerous bug fixes and enhancements including the following:-

Check out our new video tutorials which explore some of the many capabilities of plusFORT, and showcase PFFE, the plusFORT front end which offers a genuinely intuitive graphical interface for the plusFORT tools.

DON’T forget to turn your sound on!  We recommend switching to full screen view if you want to follow the details.

A major update with many improvements affecting usability and compatibility of plusFORT.

Version 7 extends the supported language to include Fortran 95 and Fortran 2003.  It also introduces greatly improved HTML static analysis reports, with comprehensive cross-reference links.  These reports are designed to act as a constant companion to coders, providing instant answers to questions like “where is this variable set” and “where is this routine called from”.   A new “modularization report” shows how a traditional Fortran 77 program can be reorganised using modules and/or internal subprograms to take full advantage of the modular programming features of Fortran 95 and Fortran 2003.

Try the new GXCHK report interface by clicking here.  This report shows an analysis of AERMOD.f90, one of the Polyhedron benchmarks.  This file has 50K lines of Fortran 90, but much larger programs (many millions of lines) can be analysed and viewed in this way.  Note that most browsers allow you to right-click on links to save particular reports in a separate tab.